Up until the 1950s the creation and propagation of knowledge in the rural populace was mainly concerned with optimizing the use of animals and plants with sunlight on the basis of the land owned by farmers. That which the farmer populace considered as aesthetically beautiful usually also had practical use. This applied both to the evaluation of farm animals and the farmed ground.
This close connection between beauty and practicality, the pleasant with the useful and of the difficult with the routinely in the 1950s broke up in an unprecedented fashion. The soil remained the main foundation of agricultural production, but industrial means like artificial fertilizers and pesticides partly facilitated work, while the new stabling systems increased the emotional distance between humans and their farm animals. In the 1950s the industrial society succeeded at least in part in bringing agriculture, which owing to its economic basis was limited in its growth prospects, on a mineral resource basis. Together with the institutions of the private property economy this created the means to subject food production to the logic of the modern growth economy. Now agriculture in part became agrarian industry, which increased productivity in a historically unprecedented manner and sometimes even exceeded the growth of industry.
In few years, engines replaced animal and human work on an unimaginable scale. At first a large part of the remaining aides left the farms, then working family members. But not only did agriculture need less and less ground to nourish itself, the disappearance of horses as working animals freed up additional surfaces that allowed the production of food for people outside of agriculture. Moreover, the importation of animal feed was encouraged by a liberal trade policy, so that the production of poultry and pork could be uncoupled from the limitations imposed by the domestic land area restrictions. Thus originated the food affluence, which society increasingly perceived as a problem rather than as blessing. 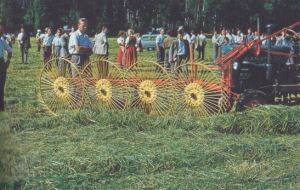 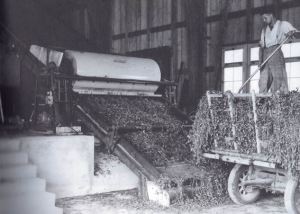 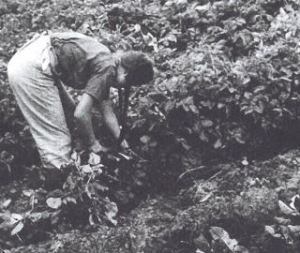