A rather large-framed milk sheep with and correctla formed udder with large teats on long and strong legs. It has a narrow Roman head, long neck and ears that stick out. Legs and belly are woolless: other parts of the body are often covered by rather shaggy fleece. The wool is coarse and univoloured. The exterior varies considerably with white, black, spotted, short-eared, horned and polled animals occuring. The breed is seasonal. Age at first lambing is 17-20 months, lambing interval 370 days.

Istrian pramenka is an autochthonous sheep of the Slovenian and Istrian Karst region. Because the breed is seriously endangered, conservation program have been set up in both countries. A herdbock is kept for the breed.
Described as resistant wirh special hardiness. Characteristic for the breed are its ground-covering steps and the adaptation to rocky underground and rough enviromnent. Animals feed on old and dry grass and search for young grass between the rocks.

Istrian pramneka is mainly important as milk sheep for part-time framers, its meat and wool, however, are also used.

During summer, sheep are used for landscape management. Housing during wintertime last for approx. 6 months. 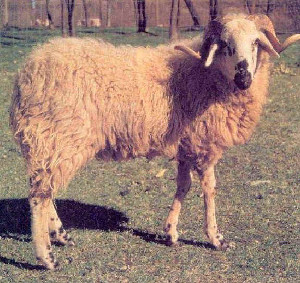 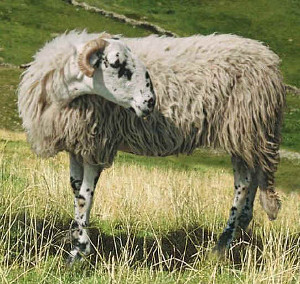